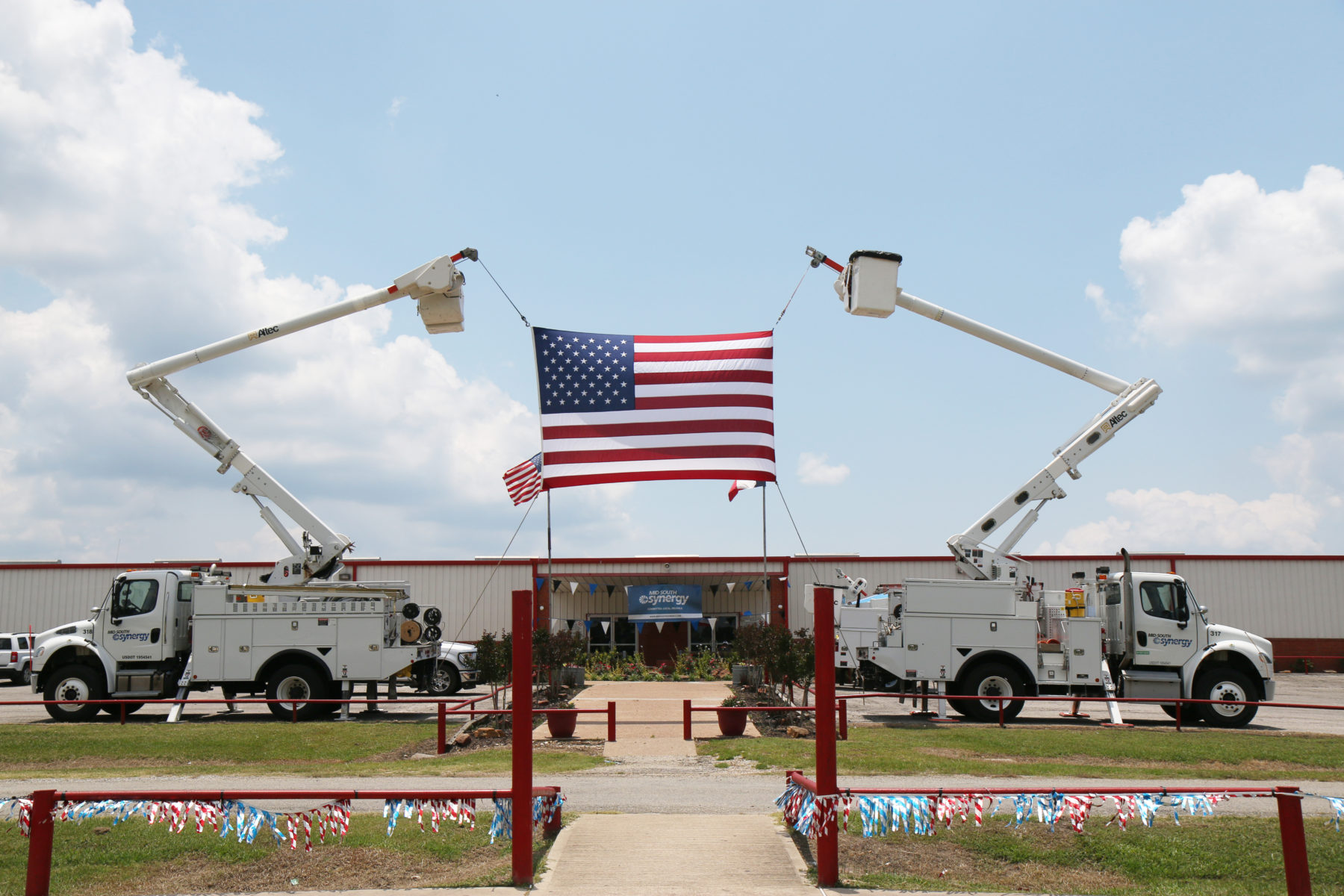 For many longtime members of Mid-South Synergy, the cooperative’s annual meeting is a must-attend event—if not for the business updates and fellowship with other members, then for the food and prizes. For others, such as Stanley Kittrell, a member for more than 20 years, the meeting is an on-again, off-again affair.

This year, it was on again.

“My wife wanted me to come,” said Kittrell, who was among the first members to arrive at the meeting, the co-op’s 79th, June 14 at the Walker County Fairgrounds in Huntsville.

But Kittrell’s explanation sold short his full purpose. Seated next to him was his grandson, whom he brought along for a learning experience.

“After a while, he’ll be going to college,” Kittrell said. “The co-op gives away scholarships and things like that here, and I want to have him [be aware of that] so he can get a chance at that.”

And a learning experience his grandson got—not just about scholarships, which Mid-South awarded to 34 high school graduates this year, but about all that the co-op does to uplift its community and improve members’ lives.

That dedication to members and their communities was the thrust of General Manager Kerry Kelton’s address to the audience.

To substantiate that commitment, he explained how Mid-South is enhancing reliability through technology, outlined the strong financial status of the cooperative, described the programs that help members save money on their electric bills and showed how the co-op is looking toward the future of internet connectivity.

Kelton also showed meeting attendees how the co-op supports local young people. He introduced 19 of the $1,000 scholarship recipients on stage, and four of the co-op’s Government-in-Action Youth Tour winners appeared in a video, thanking members for sending them on the 10-day trip to Austin and Washington, D.C.

“When we give to the youth of the community, it ensures that our communities will have a vibrant future,” Kelton said.

That vision of the future is one reason the co-op handed out a survey to arriving members, asking about broadband internet access needs. Data from the survey will be used to help inform what role Mid-South Synergy might play in providing that access. According to Kelton, it doesn’t seem all that different than the role co-ops played in the 1930s, when they provided electricity to rural areas.

“Our schools require kids to have access to the internet,” he said. “There are some kids within our service territory that we’ve talked to who have to go to McDonald’s or somewhere like that at night to be able to upload their papers. … The internet has become key to our world, and not just in entertainment. The world has changed, but in the more rural areas, it hasn’t necessarily changed.”

Kelton cautioned that this survey and some preliminary studies are only the beginning, and Mid-South is still figuring out what the future of broadband may look like in its territory and whether it’s feasible to roll out any sort of high-speed internet service.

But when and if such initiatives do become reality, they are only made possible through the sound direction of Mid-South’s board of directors, which is composed of and elected by co-op members. Ahead of this year’s meeting, director seats for districts 3 and 4 were up for election. District 3 incumbent Jack Shepherd faced challenges by Steve Driver and Garry Oakley but won reelection for another four-year term with 61% of the vote. District 4 incumbent Marshall Shirley, board president, ran unopposed and was also reelected for a four-year term.

“Your board of directors works very hard for you,” Kelton told members. “They have board meetings and go to trainings. There’s a lot of things that they do, and your board is passionate about your cooperative.”

One of the most important ways Mid-South Synergy takes care of members is by maintaining a reliable system, and one of the tools the co-op employs to do just that is its distribution fault anticipation software. Created by Texas A&M University engineers, the DFA software allows co-op employees to identify problems on power lines, such as arcing events, before they result in outages.

In a video presented at the meeting, Robert Taylor, engineering specialist, provided an example of the software in action. It was on a Saturday evening when a switch at one of Mid-South’s substations was arcing and slowly burning up. Members had not been affected by the issue, so none called to complain. But the software alerted co-op employees, and a crew was dispatched to fix the problem before it caused an outage.

“The only reason we knew about it was because of our DFA software,” Taylor said. “This very easily could have escalated into an outage where this complete substation would have been out of power, and we would have had over 1,000 meters off.”

Another way Mid-South takes care of its members is by returning capital credits, which represent each member’s ownership of the cooperative. Capital credits are margins allocated to members based on how much electricity they purchase in a given year. And when the cooperative is in a strong financial position—such as it currently is, thanks in no small part to steady growth, especially among large commercial services within the last five years—those margins grow, which can translate to higher returns for members. This year, the co-op retired $1.2 million in capital credits.

“Because of our financial strength, we were able to give back more capital credits than we’ve ever given back,” Kelton said. “That’s over double what we would typically give.”

Members saw those capital credits applied directly to their electric bills. But that’s not the only way Mid-South helps members save.

Through a video featuring Edmund Chase meeting attendees learned about the cooperative’s Rush Hour Rewards program, which offers incentives to members who install Nest smart thermostats in their home. Members receive a $100 bill credit for enrolling and $10 per month June–September if they stay enrolled through the summer season—not to mention the savings from reduced energy consumption during peak summer months.

In its first season, the program has already shown results. “Thanks to your participation last summer, we were able to save a total of 635 kilowatts, which benefits both you and your co-op,” Edmund Chase said.

“Google Nest is just one way you can save money,” Kelton said. “But when everybody turns down their thermostat just a little bit on a peak day, it actually saves the entire cooperative money. That’s how we’re able to work together as members to save money on our power bills.”

As it is every year, the annual meeting was punctuated by a succession of prize giveaways. Helen and Leonard Chenevert won a $500 credit on their bill from a drawing of members who submitted ballots in the election. Lisa Atkinson and Edward Davis each won an iPad from a drawing of those who filled out the broadband survey. And just for showing up, dozens of other members won door prizes, including the grand prize, an electric riding lawnmower, which went to .

The prizes are just one way Mid-South Synergy celebrates its members. But for one lucky winner, Walker County Constable Shane Loosier, it’s the co-op that deserves the celebration.

“If they have a problem, their trucks are out there—they’re taking care of it,” Loosier said. “And these guys are very community-oriented. … They’re wonderful folks.” 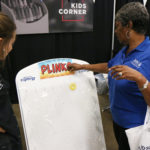 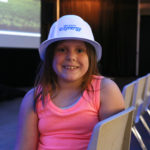 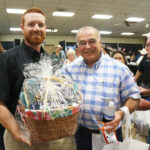 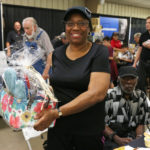 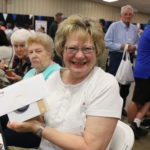 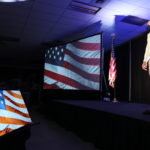 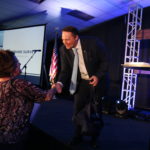 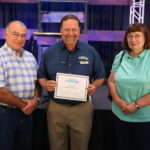 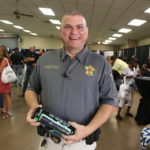 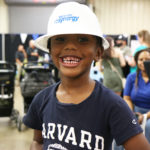 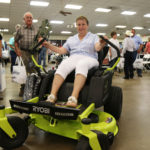 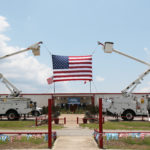 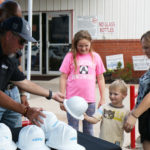 Keep up with Mid-South

If you have any further questions please contact us.