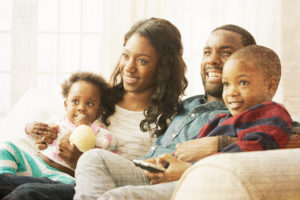 With true speeds up to 1 gig, MidSouth Fiber Internet is a trailblazer in its community, bringing vital services to rural areas historically ignored by other internet providers.

As fiber internet is introduced into the territory, MidSouth General Manager and CEO Kerry Kelton said fiber internet is life changing for some members. “It’s just like in the 1940s when MidSouth Electric Co-op was born from a need of electricity in rural areas investor-owned utilities refused to provide service to,” Kelton said. “Our members wanted a reliable internet option competitive with those found in urban cities and MidSouth decided to deliver.”

Nestled in the heart of the Texas Triangle between major cities Houston, Dallas, and San Antonio, MidSouth territory is in a unique position for future economic growth. Installing a strong internet infrastructure now prepares the territory as more residents and businesses move into the area. Since connecting its first subscriber in June 2020, MidSouth has continued to provide fast and reliable internet to homes and businesses.

The Covid-19 pandemic accelerated growth in the cooperative’s service territory. “The pandemic proved many jobs could be completed remotely. As a result, a lot of people packed up their families and moved them out of the city,” Kelton said. Many of MidSouth’s active subscribers identify as work from home subscribers.

Before launching the Fiber to the Home project, MidSouth conducted research to ensure its equipment and offerings could not only service the average family but be reliable enough to support the changing workforce environment.

MidSouth Fiber subscriber Jessica Jeffries struggled with her career working from home before becoming a subscriber. “As a wedding and livestock photographer, my job requires uploading media online,” Jeffries said. “Before MidSouth Fiber, we were using hotspots just to get the job done. Now, I can upload entire galleries in minutes instead of hours or days.” With the speeds and reliability fiber offers, Jeffries said her ability to turnaround photos quicker improves the likelihood a client purchases photos from her website.

Additional perks for MidSouth Fiber Internet subscribers include access to 24/7 tech support and an app designed to simplify the experience and protect devices from malicious threats.

To continue to set itself apart from other competitors in the area, MidSouth introduced a new way to address unplanned internet outages in early 2022.

“Having internet is just as necessary as electricity nowadays. When your power goes out, MidSouth prioritizes restoring service as quickly and safely as possible. We’ve adopted the same strategy with fiber,” Kelton said.

Once a subscriber has reported their fiber outage to the 24/7 tech support center, a fiber technician can analyze their account data. If the solution requires more than a simple reboot, the technician creates a work order and sends it directly to the outage response team. Depending on the severity of the outage, a technician or construction crew is dispatched to determine the source of the outage and restore service. This new approach helps shorten the amount of time a subscriber is unable to use the internet and increases reliability.

In a short period of time, MidSouth finds itself at the forefront of broadband service, bringing cutting edge ideas and technology to residents within its service territory. In just two years, MidSouth Fiber Internet operates 2,800 miles of fiber line across six counties with over 8,000 active subscribers.

Kelton gives credit to the cooperative’s employees and partners for the fiber project’s rapid growth and success. “Even when faced with a pandemic that closed our offices and caused supply shortages, our employees have performed exceptionally well, regularly working late into the night to finish this project at an unrivaled pace,” Kelton said. “Many of our employees live in our territory and understand the struggles our members were facing before MidSouth Fiber became available.”

MidSouth’s cooperative principles continue to guide its decisions as it looks forward to what’s next. Members and fiber fans can keep up with the latest updates online at midsouthfiber.com.

Anyone in MidSouth territory can now sign up for MidSouth Fiber Internet. If you would like to become a subscriber, visit midsouthfiber.com to create your account, choose your speed and schedule your in-home installation. Please direct any questions you have about signing up or the installation process to our fiber team by calling 936-825-5100.

Keep up with MidSouth

If you have any further questions please contact us.